On the heels of the completion of the Erie Canal in New York State, a group of New Haven businessmen met in 1821 with the goal of constructing a canal in Connecticut to facilitate trade. Ground was first broken on July 4, 1825. It was completed in 1835. 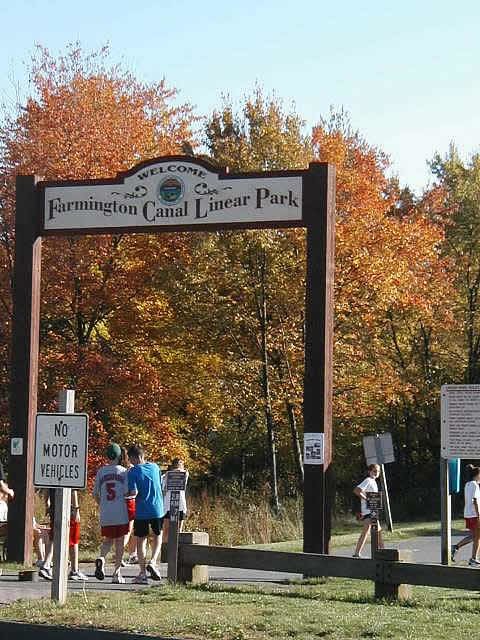 The canal was not cheap to build, and the finances of the construction and upkeep of the canal were always precarious. Railroads put an end to the use of the canal. Just 12 years after the canal was completed, a rail bed was laid to cover the same route the canal had traversed.

The Canal Railroad remained in use until the early 1980's, when floods damaged the rail line to the point that it could no longer be used.

Although there is still a small portion of the original rail line in use in Plainville, CT, the track was largely removed by 1987, and large portions of what had been the rail line were sold.

During the 1990's, construction on a trail, following the route of the original rail line was begun.  The first sections were completed in northern Hamden and southern Cheshire, followed by extension southward in Hamden and northward in Cheshire.  Around the same time, in the northern part of the state, efforts led to construction of a paved surface for recreation along the route of the old canal and rail road in Farmington, Avon, and Simsbury.

Today, the Farmington Canal Heritage Greenway covers a route of approximately 84 miles from
New Haven, CT to Northampton, MA making it convenient for state to state moving of travellers. Over half has been developed as a paved trail for non-motorized recreation and commuting.